Asia Cosplay Meet 2014 was held on May 17-18, 2014 during DBS Marina Regatta at The Promontory at Marina Bay, Singapore. The event pitted cosplay teams from 9 different Asian countries. And yes, we were there to experience it all.

The ACM event itself is just a small program within the DBS Marina Regatta, a watersport event. If that strikes you as weird, you are not alone, it really was a bit weird. The synergy between the watersports event and the cosplay event isn’t really quite there, especially since I can’t think of any series that deals with dragon boat rowing, the major event during these two days. (Feel free to hit the comments if you know of one. I want to know as well.) Nevertheless, sponsors~ Why not, right?

At the end of the day, Team Philippines won the grand prize as the “Finest Cosplay in Asia”, a singular award for all three competitions combined.

Without further adieu, here are some pictures of the event. Videos are being uploaded yet as of publishing time. 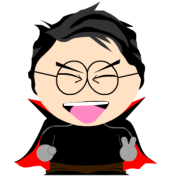 Tsukiumi is my real waifu. Rin Tohsaka is my secret waifu. Saber is my popular waifu. Ying Tze is my 3D waifu. Aza Miyuko is my celebrity waifu. Tomia is my honorary waifu (she's married). I only care about waifus.