Grandblue Fantasy is one of Japan’s more popular role-playing games. Currently, the game has over 14 million registered players. Until now, it continues to gather widespread fame and attention since it’s release 3 years ago. With the addition of an English language option, its fan base has expanded to the English-speaking community. This week, Grandblue Fantasy celebrates its third anniversary and players are in for a big surprise — the game gives a free 10-roll draw per day. This is quite generous for a game of this kind.

Most mobile games from Japan feature a gacha system where players are given a chance to receive in-game items. In order to draw, one needs in-game currency or money. Some items in the gacha are incredibly rare and powerful. In the aftermath, some spend hundreds of dollars to claim their favorite item. Drawing in the gacha is a hit or miss.

Normally, it costs 3000 in-game crystals or 3000 MobaCoin to do a 10-roll draw in Grandblue Fantasy. This is expensive since quests normally reward only 50 crystals. However, during the anniversary, players can
do the 10-roll draw for free, daily! This free daily draw resets every 5 am JPT (GMT+9). If a player maximizes this
opportunity, the draws done are equivalent to about 21000 crystals or 420 quests.

A generous event like this never happened before in the Grandblue Fantasy world. Truly, its millions of players are in for a shock. If you haven’t played it yet, register an account now while the free 10-roll draws are still there and who knows, you might just get a rare character, weapon, or summon. 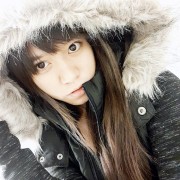 Part-time shut-in with a love for anime, science, gaming, and adventure. If you don't see me anywhere then I'm probably in my room.