Bandai Namco announced a new Gundam Extreme VS game titled Mobile Suit Gundam: Extreme Vs-Force exclusively on PS Vita in both North America and Europe. This comes just after the announcement of new Gundam games to be released also next year in 2016.

The high intensity 2vs2 gameplay of Mobile Suit Gundam: Extreme Vs-Force is based on the hit Japanese Gundam Vs franchise which has produced more than 10 titles in the past 14 years across multiple console systems and arcades in Japan. New to Mobile Suit Gundam: Extreme Vs-Force is the inclusion of large-scale Team battles. Take control of the battlefield in either single player or local multiplayer skirmishes in both 3rd person action or overhead tactical views and command Teams of six Mobile Suits and one battleship. Team battles gives ace pilots tactical control over the placement and actions of their troops as they compete to eliminate opposing forces. 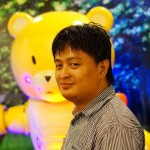 PlayStation Store on PS3 and PS Vita Will Continue Operations

Players will be able to continue to purchase games on PS3 and PS Vita via PS Store as Sony backtracks its initial announcement regarding...

Sony Has Completely Blocked Access to the Old PlayStation Store

It is most probable that the stores will be closed forever soon.

The Evolution of Playstation

After numerous failed partnerships with big gaming companies back then, such as Sega, Nintendo, and more, Sony had finally decided to go their own...

Worlds collide as the ASUS x Gundam launch arrives in the Philippines. Launch models and pricing details in the link as well as how...