XFX is among the first ready with a passively-cooled Radeon RX 460 graphics card. Pictured below, the card uses a dense aluminium fin-stack heatsink that’s longer than the 17.8 cm PCB but two slots thick, cooling the 75W TDP GPU. The heatsink uses a pair of nickel-plated copper heat pipes to convey heat directly drawn from the GPU, to two ends of the fin-stack. The heatsink also appears to draw heat from the VRM, although the memory chips appear to be cooled passively. The card relies on the PCI-Express slot for all its power needs, display outputs include one each of DisplayPort 1.4, HDMI 2.0b, and dual-link DVI. The card is currently released in China, where it’s priced at 999 RMB. It remains to be seen if XFX launches it elsewhere. 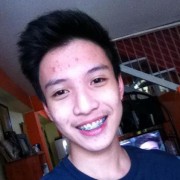