We’re paying close attention the COVID19 situation and its impacts on the PC scene specifically and we’ve noted numerous cancellations of events including NVIDIA. With the tight competition right now in the PC scene, these events may hold key information about upcoming launches. With the COVID-19 reaching global pandemic status, that has indeed changed with government clamping down on security and health risks by leveraging an unprecedented scale of restrictions to the population. In the Philippines, the northern island of Luzon is currently in enhanced community quarantine and residents are advised to practice social distancing. This was previously limited to the capital of Metro Manila but has expanded in just a day. Similar situations are now being done in nearby Malaysia as well as other regions.

Taiwan has been held in high distinctions from the global community due to its extremely tight grip on the situation with a relatively small number of infected cases and only 1 recorded death as of this writing. This is even more amazing due to the fact that it is by far the closest country to China where the virus first caused an outbreak.

The Taiwanese government is now implementing a total closure of its ports of entries starting March 19.

Above is the official notice from Taoyuan Airport.

The border closure will be in-effect indefinitely, and the significance of this is it will directly hamper TAITRA’s, COMPUTEX’s organizer, to continue with the show despite event cancellations and postponement.

That said, many new announcements coming in from COMPUTEX may be restricted to online-only announcements but as one of the most important events for the PC enthusiast community, the event helps drum up interest further and with this new development, product releases may be pushed later in the year.

Note: We’ve received a notice from one of our partners stating that COMPUTEX 2020 is indeed postponed but has decided to inform partners first and an official public announcement shall follow soon. 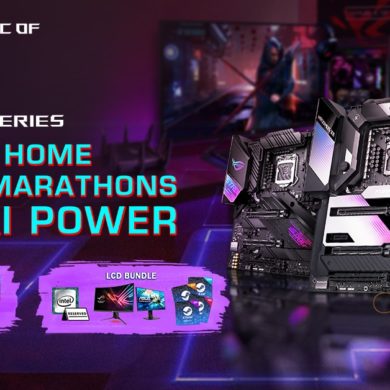