Not surprisingly, the latest World of Warcraft update, Cataclysm has broken Blizzard sales. The game has sold 3.3 million copies within 24 hours breaking the record of 2.8 million sales by the previous WoW update, Wrath of the Lich king. Cataclysm’s day one says even beat Starcraft II: Wings of Liberty, according to senior vice president of merchandising of GameStop, Bob Mckenzie.

Here’s what Cataclysm has to offer for those who are unfamiliar with the changes: 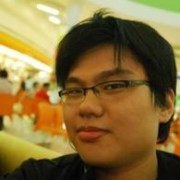