I was never a Dragon Quest fan. My first Dragon Quest game was VIII and I never got to finish that. Am I the correct guy to ask about Dragon Quest? Probably not. As a self-proclaimed RPG enthusiast, I think that is a great dent in my resume.

Glad I fixed that with the longest and the most “Japanese” of Japanese Role Playing Games: Dragon Quest VII. (I just transcended my weaboo levels with that sentence)

To sum it up, Dragon Quest VII is the only game you have to play to understand the divide between the western and the Japanese market. It is after all, the bestselling Dragon Quest game in Japan at around 4 Million units sold since 2000 in the country. Yeah, it’s that big.

But much like its predecessors, it never got the shine it deserved when it was ported to the western market. It was far too late, with Cloud and Sephiroth already duking it out and the announcement of Final Fantasy X for the PS2, this tiny eastern gem was left in the dust. But what makes Dragon Quest VII special? It came before VIII… Yeah, that’s it.

Everything about it is generic. It has a simple story, simple cast of characters, simple world. The combat is barebones even with the 3ds remake. The character designs pop out but are still just generic kids in tunics and shields. Nothing about Dragon Quest VII stands out in particular.

Together though, it’s a different story.

Dragon Quest VII as a whole is a magnificent homage to the very culture of JRPG itself. For one, it strays away from the series’ heroes and princes. Instead, it stars a young boy from a fishing village with nothing special to him. Nothing is special about Dragon Quest VII’s early moments; it’s just a young boy, his friends, and village.

That’s what makes Dragon Quest VII special: nothing in it is special. Dragon Quest VII achieved the pinnacle of portraying the idea of a “blank slate” not just in the protagonist but also in its world. You are casted off as nothing but a simple boy with dreams of grandeur in a lone island surrounded by the limitless sea. There’s literally, nothing. There are no monsters, no other islands, no dungeons, nothing.

What makes it great is that it doesn’t stop there. From nothingness, the game allows you to fill it piece by piece. This state of nothingness is what makes Dragon Quest VII one of the grandest RPG I have ever played. It’s like a blank canvass and the game gives you the brush and paint to fill it up.

After about two hours of going back and forth and exploring old ruins. The game starts to open up. It reveals that there used to be other islands in the world other than yours. Insert some time travel here and there and now you are tasked with going in the past and rescuing these islands from utter destruction. You don’t save the world, it was already destroyed. What you are tasked with is building it up from scratch. It’s the bread and butter of the game: go to the past, save the island, go back to the present and BOOM! Island is there. Here’s a boat, go check it out.

You repeat that, again and again, for about 100 hours.

And thus, we arrive at the bitter parts of the main course: Dragon Quest VII is too long.

This is the great divide: Time. Dragon Quest VII is a very slow game. It takes about two hours just to get into the first battle, and about 20 hours to unlock the job system and probably 60-80 more hours to finish the game and wrap it all up.

It took me about 70 hours or so to finish the game and I was playing the already toned down 3DS remake. The game is just too long and there’s too much repetition in the huge chunk of the game. The number of hours is not a problem itself but the pacing is bad. 2 hours in just to get into the first battle and another 20 hours just to unlock the crucial vocation/job system is a pretty bad pacing even for JRPGs. It’s what made Dragon Quest VII one of the most notorious JRPGs up until today. Yes it has great content, great writing, great music and a fun story overall. The story doesn’t take itself too seriously which makes it a good adventure to go back into after long hours of office work or school. Time travelling to old places and seeing them in present time is fun, but not the kind of fun that everyone can enjoy. It’s a weird mix of long overall content but demands shorts bursts of play to fully appreciate. But again, that’s one of its strongest points: it’s an old game. It’s homage to the JRPGs of the old. If you have the guts to trace back and see a glimpse of where and how it all started, Dragon Quest VII is the perfect time travel for you. 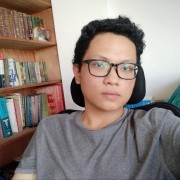 Swords and Magic. Some Pokemon here and there.