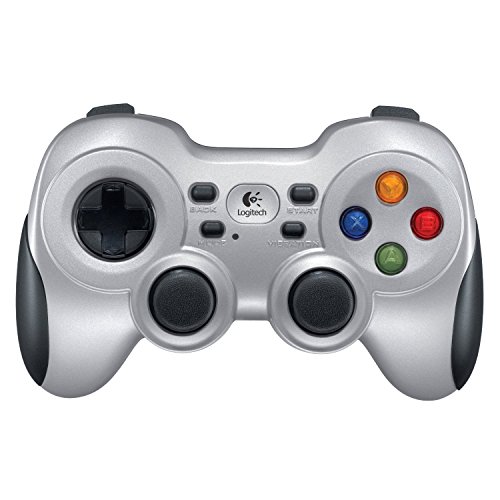 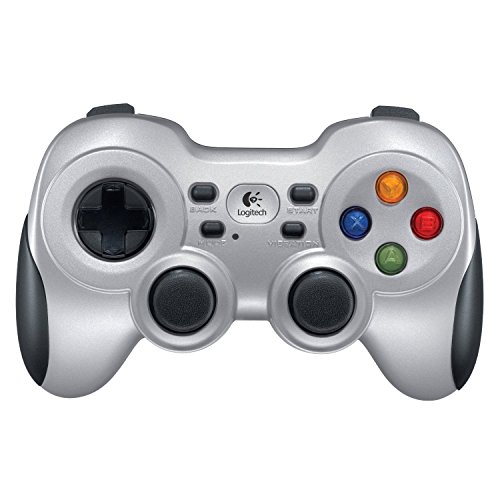 Gamepads for the PC was practically started out by Logitech. Nowadays we have full compatibility with the Xbox360 gamepad and that’s what most games revolve around. Gamepads have since evolved to wrap around this standard and Logitech has been very quiet with their gamepads, choosing to provide function rather than form or extras. In their product stack of gamepads, the Logitech F710 wireless gamepad crowns the series and today we’ll take a look at just that. Offering full wireless functionality and wide support for games, this gamepad has some good creds going for it but what we’re more interested in is just how tough these pads because I got them to replace my other dead gamepads. This review has been 2 months in the making and that’s 1 month more than what those other pads we have had lasted. I have high hopes Logitech. Don’t disappoint me.

The Logitech F710 arrives in a clamshell, heat-sealed packaging. Clearly using the company’s new packaging style of a black background with white and teal highlights.

Its pretty tough removing the F710 from its packaging by hand so a pair of scissors is highly advisable. Inside the packaging are documentations, an extension cable, a receiver antenna and the F710 gamepad itself.

The Logitech F710 comes in a silver/black body with the bottom shell coated in a matte black surface for maximum grip which wraps around the sides. The silver front looks plain and simple with the colored buttons the only differentiation in the otherwise duotone scheme of the Logitech F710.

Flipping over, we can see the back of the gamepad with the matte coating.

If you noticed that little arrow thing, that’s the battery terminal protector which blocks off one of the terminals during shipping. Logitech is nice enough to package batteries with their F710 gamepad which is a nice touch. Do note that these are not rechargeable batteries and you need to replace them when they are drained. If you do replace them, they are AA batteries and you need two of them as pictured. You can use rechargeable models when replacing the batteries. Note that there are no USB cables in the Logitech F710 to plug directly to the PC hence no wired mode or charging mode.

Logitech’s Plug-n-Forget or Nano Receiver is so small you’ll actually forget it after use so be sure to store your receiver in the slot at the battery compartment of the Logitech F710 when not in use for a long time.

Or you can stick the receiver in the included extension cable.

The Logitech F710 adopts the Dual Shock II pad layout with Xbox 360 compatible controls. Many Playstation gamers will find the gamepad right at home but for the Xbox 360 crowd, the thumbstick position might need a little getting used to. One more key characteristic to take note of is that the Logitech F710 is one fat gamepad akin to the original Dual Shock pad back in the PSX era. The controller is also very hefty owing to the two AA batteries used.

Testing out the Logitech F710, we fire up the newest games on Steam featuring gamepad support namely Final Fantasy XIII, Ultra Street Fighter IV and Valkyria Chronicles. I like to play my RPGs laid back in my seat and chilling while my fighting games super close. At around 2 meter line of sight from the receiver, the response was still good but sticking the receiver close to my AC1200 WIFI dongle proved to be a bit fidgety interfering with the signal of the gamepad. Moving the receiver in the back wasn’t on top of my best practice list but surprisingly the Logitech F710 still had good reception from there even with internal WIFI antenna positioned there. Some fighting game fans might be concerned about the response of the gamepad and that’s a valid concern. At 2 meters or more, the delay is noticeable but at less than a meter, the lag is practically non-existent and offers solid performance for timing-critical games like fighting games.

Moving on to comfort, this should vary from person to person. I personally prefer heavier peripherals from my mice to gamepads and the Logitech F710 is just perfect for me. The grip is well-designed and PSX gamers will feel right at home with the grip while the Xbox 360 button layout should be an easy adjustment for any gamer. While the thumbsticks might be the other way around for X360 users, coming from the PS I am very comfortable with this layout especially for fighting games. The thumbsticks might be a bit loose and those who are used to the adjustable sticks of the Razer Onza might feel it a great departure but playing casually, we find the F710 rather precise once you get a feel for the sticks inputs.

Battery life should be a concern for anyone especially for those playing online multiplayer games and much to Logitech’s disappointment, we actually had to delay this review until I can fully confirm that the F710 doesn’t die prematurely unlike the rest of Razer Onza Tournament Edition pads who all had their thumbsticks, paint and buttons worn down after a disappointing 1 month of hardcore gaming. The Logitech F710 was subject to the same type of conditions as I would with any of my pads: extended gaming sessions on racing, fighting and RPG games and we’re glad to say that Logitech has really made something quite durable with the F710. Oh and did we mention we haven’t replaced the batteries yet? Yup, that’s practically 200+ hours of gameplay already. Not a battery has been replaced.

There’s really nothing spectacular you can say about gamepads. Sure there are specialized pads out there that have rapid fire, turbo buttons, multifunction buttons, etc. but at the end of the day its about letting you have a good experience with your games. With the Logitech F710, you get a fully-functional gamepad compatible with tons of games and have full support for other homebrews plus its wireless. You don’t have to be tied down by cords to enjoy your sofa game. The Logitech F710 is also compatible with most modern Android devices via OTG.

In closing, the Logitech F710 is a great gamepad and offers wide compatibility for both games and platforms. Its balanced, traditional design belies the good ergonomics, build quality and excellent performance that the pad provides. If you’re looking for the best wireless gamepads out right now in the market, the Logitech F710 is your top choice. Now only if they would release something with adjustable stick tension…

Logitech backs the F710 wireless gamepad with an extensive 3 years warranty. We give it our B2G Silver Award and B2G Editor’s Choice Award.