Samsung didn’t really start a trend when they launched their portable SSD line with the T1. Some iterations later and a more progressive world has now embraced the idea of a portable SSD but not entirely for the purpose it was made. While a good chunk of users go with the ultra-compact design as the main driver, a large chunk of users have opted to go with Samsung Portable SSDs due to their form factor – a slim, credit-card sized SSD that can deliver performance at such a small package that it allows capturing of large, uncompressed video without compromising capacity. Thus, the Samsung T5 paved the way for external storage for cameras such as the Blackmagic Portable Cinema line of cameras. Other than that, it also carved a larger market in the aging Mac and PC market, thus introducing the world to a ultra-fast portable solution that most Taiwan flash companies wishes to mimic.

This year, Samsung improves upon their successful T5 with the release of the T7 Touch. The Samsung T7 Touch employs a USB3.2 Gen2 upgrade for 10Gbps maximum transfer speeds on a compatible client as well as full biometric encryption thanks to an integrated fingerprint scanner. Capacity offerings are still the same at 500GB, 1TB and 2TB options and size as well overall dimensions are the same with only a small length increase.

As seen in our unboxing video, we have the Samsung T7 Touch packaged in a nice colored box with a black exterior and a hero shot of the product at the front. Typical Samsung with the elegant look. Inside we have the box that contains the SSD and accessories.

The Samsung T7 Touch’s packaging is quite slim but direct with a nice bundle of short USB Type-C to Type-C cable as well as a USB Type-A to Type-C. Other than that we have the user manual and that’s it for the package inclusion.

And here we have the Samsung T7 Touch. A very slim and elegant device, the T7 Touch is barely the width of my pinky in terms of thickness and at 58g is simply a very light storage device versus traditional portable hard drives.

The Samsung T7 Touch retains pretty much the same dimensions as the T5 although its a bit longer by a few millimetres. If you’re using a T5 right now on a SmallRig cage grip, the T7 Touch should protrude a bit so make sure your grip have enough wiggle room inside your grip. For most users, this shouldn’t be an issue. The size is ultra compact and fits on a breast pocket easily.

The Samsung 7 Touch case is made of aluminum and the USB Type C port is bare. Some portable SSD makers cover up their Type C port and then slap on a “water-resistant” badge on their SSD and my opinion on this matter is that your SSD that holds important data should be far away from water as possible.

Moving on, here we have a shot of the Samsung T7 Touch side by side with a Huawei P30 Pro. Thinner than a smartphone, eh? That’s a plus for pocketability.

One of the highlights of this upgrade is the fingerprint scanner upgrade for security. With a biometric lock in place, it increases security for this device by a hundred folds.  There’s a setup involved though. We’ll talk about that later.

Once plugged in, the fingerprint scanner serves as an activity light as well.

The T7 Touch software is quite direct. After asking and setting up a password, you need to enter that password every time on that computer. If you’re using it on a new computer, the drive will have a spare partition to allow you to install the software but its not needed. Once plugged, just press your fingerprint on the sensor and you’re good to go. If you opted for password entry security, you’ll need to use the software as well.

The Samsung T7 Touch software works with Windows 7 or higher as well as Mac OS and Android. No Linux support is currently officially listed.

You have the option of a password + fingerprint, password only and fingerprint only security for your drive. If you opt for password only, you need to install the software for use on new or others’ computers. Fingerprint requires no software and you can enter up to four fingerprints. We highly suggest using all of them for backup purposes…. ok let’s be honest, what if you cut off your finger? Just, what if? Right? Ok use all of them four slots now. Good.

As much as we’d like to compare the performance of the T7 Touch against a bunch of drives, we rarely get portable SSDs to test. Still, if you’re brand name is Samsung, there’s little to worry about in terms of performance.

First test is ATTO which is our potential performance benchmark for all our drives. What this benchmark shows us is the theoretical sequential read and write speed of the target drive on a given file size. It also shows us how that performance scales throughout different sizes as well as showing us potential bottlenecks in the drive. Its a nice overview of a drive’s performance as well as an indicator on its limitations whether it’d be interface bandwidth or chip technology. In the test above we can see a fresh Samsung T7 Touch basically maxing out the bandwidth of USB3.2 Gen2 Type-C. We tested on a Maximus XI Extreme on the Type-C interface rated a USB3.2 Gen2 10Gbps. The drive certainly offers up a lot of performance, maxing out the line but write speeds sits just below that at 950MB/s. At 500GB capaccity, this drive has less cells to write to than a 1TB or 2TB drive, if write speeds what you’re after, the larger capacity drives will offer a good improvement in write speeds but still, these numbers are impressive. The only competition we can provide right now is a M.2 enclosure with a dedicated PCIe Gen3 NVMe SSD inside to rival this thing. Our most recent portable SSD review had USB3.2 Gen1 5Gbps so its nowhere near these numbers.

The same results can be seen in Crystal DiskMark V6 (we haven’t updated to V7 to keep it uniform with recent review but that’ll change soon). This benchmark does show us 4KB file performance on varying queue depths. For most uses of this drive, it really doesn’t matter as copying and saving data is mostly a sequential affair especially when used on cameras. But still these are pretty good for a portable but expected from an SSD already.

Ultimately, we really didn’t have a daily use case for the Samsung T7 Touch but for those that do move a lot of files everyday that needs to be secured like company information or designs for manufacturing, as well videos and photos this is definitely a good drive. Performance does hold up well but we have to stress that as this is an SSD, moving large data in the higher 40GB or so sizes, could degrade performance for that particular write situation as is the nature of SSDs in general and not this drives fault.

For general PC use, this is one of the most impressive drives we’ve seen and its made even more impressive by the fact it has built in encryption. The built-in fingerprint scanner feels just like a Mission Impossible piece of tech and is quite fast once setup. Just swipe and all the data is revealed. The feeling is amazing but daily use would probably numb it down but data security will remain the same.

The Samsung T7 Touch retails for around Php7699 for the 500GB model and Php11999 for 1TB and is officially distributed by Eternal Asia Philippines. Samsung backs the T7 Touch with a 3-year manufacturer’s warranty and comes in Black and Silver. We give out B2G Editor’s Choice Award! 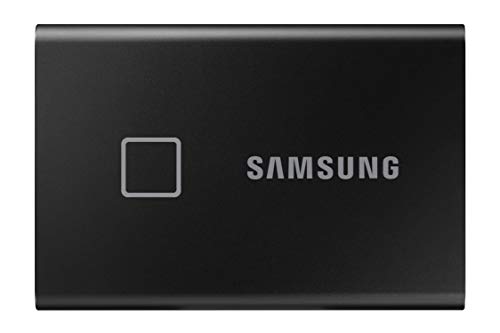 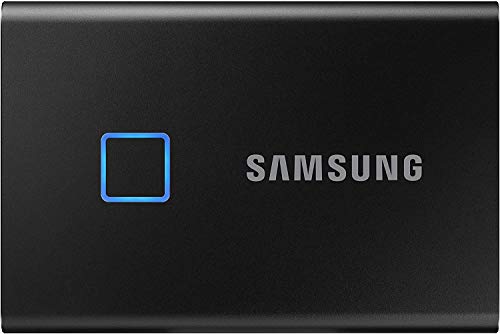