Power Delivery technology has played a major key role in revolutionizing the USB standard. Now that the industry is slowly implementing the USB Type-C port to various devices, Power Delivery now sets the level in which supporting devices to a newer standard.

Today, we are going to take a closer look at the CHOETECH Q4004 Power Delivery Charger. The Q4004 is a USB Type-C charger that is capable of producing up to 60W of power. This charger is compatible with devices that support Power Delivery charging.

The CHOETECH Q4004 Power Delivery charger comes with a white glossy packaging. The front highlights the main features and the image of the product. On the other side, the specification of the product is displayed.

There’s nothing much else worth highlighting from the packaging.

Opening the package, the charger is held in place by a clear thin hard plastic holder. Other than that, nothing much else to mention. There’s no cable included and that’s worth keeping in mind.

The unit we got uses an EU plug with an imprint of its specification. It has one USB Type-C port which requires the use of Type-C to Type-C cable.

In comparison, the Q4004 can charge a MacBook Air from 0 to 100 in just 1 hour and 36 minutes which is 50% faster than its default included charger. The efficiency and performance of the charger shine well with devices that support power delivery technology. However, for devices that don’t support PD technology, here are our findings:

Using 3 different devices namely Samsung Galaxy S10, Huawei P30, and a Nintendo Switch, we tested the overall capability of the charger. As shown on the graph above, we did a 0 percent battery capacity 30 minutes charge test for each device using the Q4004. Compared to the default charger of each device, the Q4004 outperforms the default charger for both Galaxy S10 and Nintendo Switch by a minimal scale.

The default charger of the Nintendo Switch has a charge rate of 15V/2.6A which is equivalent to 39 watts while the 15V rating of the Q4004 has 3A which is about 45 watts. From our computation, it goes to show that the Q4004 provides more power but on a minimal level. However, it’s a different case when we compared the default charger with the Q4004 for the Huawei P30.

The default charger for the Huawei P30 has a charge rate of up to 22.5 watts for the 5-volt rail. Unfortunately, the Q4004 only has 15 watts rating for the same rail. So when charging, the quick charge technology is kicking in for the Q4004 but it’s an inferior technology compared to Huawei’s Super Charging technology. 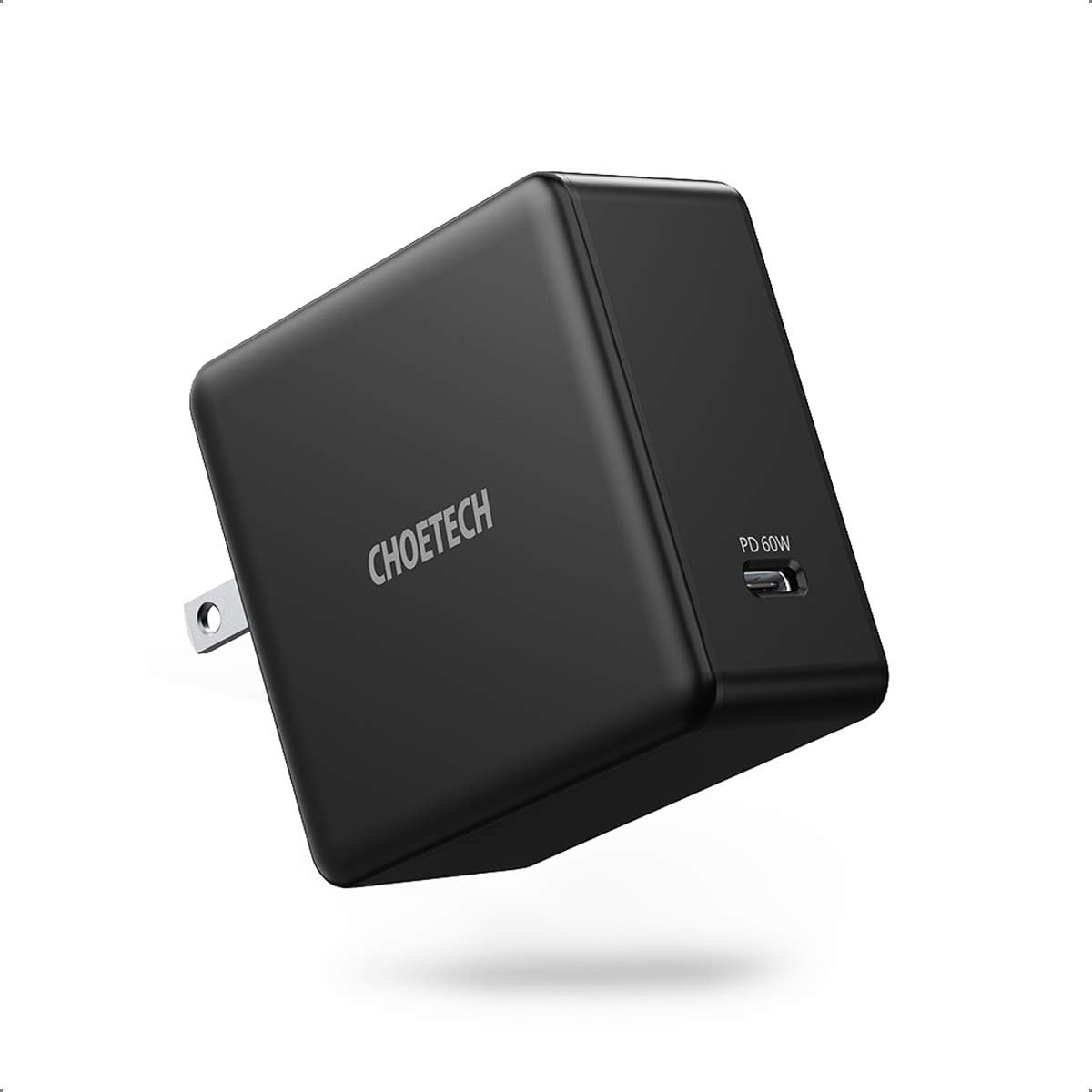 The CHOETECH Q4004 Power Delivery Charger is a powerful fast charger that sports the latest Type-C USB port. It’s an excellent charger for devices that supports both Quick Charge 3.0 technology and Power Delivery technology. Despite its features and caveats, there’s one major flaw that this charger suffers from, the limitation of amperage which is capped at 3Amps. With that in mind, the Q4004 is hard to recommend charger but don’t get us wrong. It’s definitely an excellent charger designed for Apple devices such as iPhones and Mac books but manufacturers nowadays include high-end chargers with their devices. For example, the Huawei P30 comes with a very powerful charging brick that’s capable of charging the P30 from 0 to 80 in less than an hour. It is also becoming a norm that high-end devices now come with high-end chargers.