Pulling off a good open-world action RPG isn’t easy, especially if it’s a new IP. I have to give it to Guerrilla Games for getting so much right on their first try, fusing together the better aspects of the modern genre to create a noteworthy title. Horizon Zero Dawn may be far from perfect but it’s ultimately fun and satisfying.

Horizon: Zero Dawn manages to do so well because it borrows heavily from some of the most notable games in the genre. In fact, it’s difficult to describe Horizon without comparing it to such titles as The Witcher 3, Far Cry, and Tomb Raider. As bad as it may sound, adaptation is ultimately what it takes to refine the genre. And though it doesn’t always execute these borrowed concepts as well as the originators, it sets itself apart by providing an incredibly fun combat system uncommon among the best in the genre.

Even when Horizon’s graphical fidelity was already evident to me, I was still taken aback after seeing it for myself. There’s a breath of life in the surroundings, a kind of visual harmony that I’ve only felt elsewhere in The Witcher 3. It isn’t so much about graphical complexity than it is about visual composition, and it only gets better when the machines start to populate the lands and the ruins of the old world come into view.

“Fighting machines is fun enough on its own, but the promise of experience and loot make it all the more worthwhile.”

With Photo Mode enabled, it is both blessing and a curse. Who wouldn’t feel compelled to take a well-composed photo of Horizon’s many scenic vistas? But on the one hand, it can really blow through your playtime and can sometimes kill the immersion. Towards the end of my 60 hours of playtime, I have taken over 600 shots. Who knows how much of my playtime was actually just me tinkering with that damn Photo Mode.

The Thrill of the Hunt

The majestic creatures in Horizon Zero Dawn are second only to the game’s brilliant combat system. The machine wildlife is as tough as they are big, but Aloy possesses an arsenal that adds a deep layer of strategy to any and all encounters.

In one instance, I spot a herd of Grazers carrying blaze, a precious resource. I power-slide into a nearby brush, careful not to spook the skittish creatures. After setting up a series of explosive tripwires along a narrow path, I snuck my way opposite of the herd, silently taking out patrolling Watchers that could set off an alert. As I make it to the other side, I jump out of the brush like a crazed lunatic, scaring off the flock right into my trap.

“…Horizon Zero Dawn could’ve been shipped with a forgettable story and we wouldn’t have cared, but that isn’t the case.”

The resulting chaos attracts a Sawtooth and another not too far behind. I bombard the first with my ropecaster -tying it down to the ground- then quickly rolling to the side, narrowly avoiding the second sawtooth’s fatal lunge. With a tearblast arrow, I knock off it’s mounted weapon, picking it up and using it against itself. As I take down the second beast, the first finally breaks free. Low on ammo, I gave it chase, leading the dreaded beast towards un-exploded tripwires the grazers failed to trigger. As the dust settles, I make it back to camp with a bag full of blaze, and a bonus Sawtooth Heart for my troubles.

It’s immensely satisfying to pull off a successful ambush, but when facing multiple types of machines that are nothing short of unpredictable, things tend to get pretty hairy. Thankfully, open combat is every bit as entertaining. Fighting machines is fun enough on its own, but the promise of experience and loot make it all the more worthwhile. Enemy drops range from resource materials used to craft ammo, item pouches, weapons and armor to equipment mods that can drastically change your effectiveness in battle. Leveling up grants skill points that you can invest in the many skills Aloy can unlock, although all of them are eventually unlockable, it takes a long time until you could, so careful consideration of where you put your initial points is advised. This intelligently forces players to be crafty throughout their level progression.

Horizon is no walk in the park. Battles can overwhelm you in a heartbeat if you’re not careful. You’ll have to analyze every encounter before engaging and make the most of your initially limited resources. You’ll have to exploit every weakness until you can build up your strength and weaponry. Over time you’ll unlock better gear and even gain the ability to overwrite machines to fight for you. But as you get stronger, so does the challenges you face —providing a consistent sense of progression and challenge.

With the combat system and role-playing mechanics being as good as they are, Horizon Zero Dawn could’ve been shipped with a forgettable story and we wouldn’t have cared, but that isn’t the case. Beyond the breathtaking visuals and edge-of-your-seat combat, lies an interesting narrative that serves as another incentive to explore Horizon’s vast open-world.

What happened to the Old Ones? What purpose do these machines serve? And why was Aloy outcasted from birth? These are the questions that will entice you to unravel horizon’s Though much of the characters are bland and the awkward cutscenes and conversations need a bit more polish, the narrative manages to deliver a compelling story begging you to unravel the mystery behind Horizon’s post-post-apocalyptic world.

It’s possible to describe Horizon: Zero Dawn as something of a ‘super game’, in the sense that it takes the most endearing feats of the best in the genre and molds it all into a single package. You could say that Horizon is a jack-of-all-trades and a master-of-none, but up its sleeve is a gripping combat system as it’s ace in the hole. 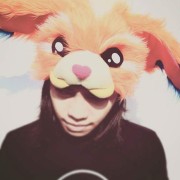 When not out plucking flowers off the ground in open parks, this kewl cat likes to play videogames as much as he likes writing about them. P.S. Don't ask him about the flowers.