The Silverstone RAVEN series is probably the most popular chassis series from the brand equal to or next to the Temjim Series. The unique horizontal motherboard layout and right-hand side window design of the case have indeed captured the attention of many enthusiasts. However, Silverstone’s signature RAVEN series cases doesn’t come in cheap given the aesthetics, components and build quality. It really is an ‘extreme enthusiast’ grade chassis just as Silverstone suggests. Fortunately, Silverstone released a ‘budget’ RAVEN chassis which we will be taking a look at today, the Silverstone RVX01 chassis.

About the Silverstone RVX01

After completing the evolutionary RAVEN RV05 with 5.25” drive bay design completely removed, the RAVEN team created another forward thinking line of cases with the introduction of the “RAVEN X” subcategory. This line will not only retain the essence of what made the original RAVEN series great with features such as signature aggressive styling and 90 degree rotated layout, but also cater to enthusiasts looking for more exciting designs in an entry-level price point. With the smallest ever footprint for a ATX RAVEN tower case, the RVX01 has remarkably accommodating interior that can easily fit large ATX motherboards up to 12” x 11”, full size graphics card, four 2.5”/3.5” drives, and spaces for up to three radiators. From the factory, the case will come fully equipped with three of SilverStone’s famed Air Penetrator fans for class-leading thermal performance and easy to reach filter for easy maintenance. If you are looking to build an attractive, relatively compact and powerful PC on a budget, the RVX01’s combination of high affordability, top-level cooling ability, and flexible layout will fulfill the task beautifully.

The Silverstone RVX01 chassis comes in a budget-looking packaging as well, not a colored box just a typical box packaging. Included with the chassis are a set of screws, a user’s manual and two hard drive mounting plates. Looking at the exterior of the Silverstone RVX01, you can see that the window is on the right side of the chassis. This also uses the 90-degree motherboard layout just like the other RAVEN cases. If you are familiar with the RAVEN styling on the other models, the RVX01 also hold similar aesthetic features from the case feet, the ODD bay-less front panel and the styling on the top panel.

The front panel features the Silverstone RAVEN logo and LED lighting that looks like car headlights. The front I/O panel that contains the USB 3.0 ports and audio ports are on top of the front panel along with the reset and power switches. Given that this is a budget RAVEN case, the switches aren’t spring-type switches.

There’s a full view of the window side, front and rear of the Silverstone RVX01. The window on the side isn’t a full-sized window but around 70% of the panel only which hides the drive cage and mounting area behind it. As mentioned above, the front doesn’t have a space of ODD. At the rear, you can see the ventilation holes for the power supply bay behind it. The hole on the top-end of the rear isn’t a handle for the case but rather a hole for the cables to be routed. Note that the motherboard’s rear is located on the top of the chassis so your peripherals and cables are all routed through this hole.

The top panel features a colored mesh. Depending on the model of the chassis you prefer, this one got red as its secondary color. There’s also the blue and green edition of the RVX01. The rear-end of the top panel showcases a Silverstone logo etched on it.

Now let’s go on to the interior of the Silverstone RVX01 chassis. Since it has a 90-degree motherboard orientation, the layout is quite different from a typical tower chassis.

As you can see from the leftmost image, the reason why the window doesn’t go all the way down is to cover the hard drive cage and mounting areas behind it. This entire section at the bottom of the case is riveted and cannot be removed without modification and removal of these rivets. As for the back-end of the chassis, there’s barely room for any cable management. There’s only around 0.50cm of space behind the motherboard but that’s because the design is for you to route all the cables in front of the chassis. Will we be cable to hide the cables from plain sight? Read on the find out later. The top section where the rear of the motherboard goes is shown on the image above. The PCIe shields are the budget kind as well where you need to find a replacement once removed. There’s a 120mm/140mm fan mount as well next to the power supply bay.

The rear has three 120mm Silverstone Air Penetrator fans with no LED lighting which are behind a removable fan filter.

Building with the Silverstone RVX01 is quite challenging. It is harder than a typical ATX chassis not because of the 90-degree motherboard layout but due to the tight space as well. Based on my experience building with it, so that you can avoid removing installed hardware to give way to another hardware, the suggested sequence is to install the hard drives first, then the power supply, then the motherboard and memory combo without the cooler. The cooler needs to go last particularly if you plan to a large tower cooler. The following hardware below are used for this review.

First, you need to mount the hard drive in the mounting plates that will go into one of the two 3.50-inch drive bays. The cables go inside and not over the rear even though it seems to have a routing hole for it. You could possibly do that if you have thinner cables like those of the Corsair RM series but the stock cables of the Be Quiet! Dark Power Pro 10 are rather thick and stiff. Here are our air-cooling build using a Noctua NH-C14S cooler. The cooler is quite huge but gladly fits inside the Silverstone RVX01. I had a Noctua NH-D15S that I tried with the build. It does fit but the heatpipes would be touching the acrylic window of the RVX01. You can close the window panel properly as well but since the heatpipes are touching and adds some pressure pressing on the motherboard through the cooler, technically speaking the NH-D15S doesn’t fit based on that standard. The NH-D15S has a height of 160mm so if you are shopping for a cooler for this chassis, make sure it is shorter than 160mm.

Building with the Silverstone RVX01 is quite challenging particularly using custom watercooling. Thanks to the mounting holes intended for hard drives on the bottom panel on the chassis, I was able to mount the cylindrical water tank and pump with ease. Installing a radiator at the bottom decreased the supported graphics card length so the long Gigabyte GTX 770 was replaced with a shorter Palit GTX 660ti. A red LED module was added at the bottom of the chassis to add the lighting effects.

Silverstone’s budget RAVEN case, the RVX01, retails at $75.99 or approximately Php3,300 which is indeed cheaper compare to the other RAVEN cases. Does it still hold the appeal and class of the other RAVEN signature cases? At some point we could say it still does. Let us breakdown our observation and experience with the chassis below:

Build Quality. The build quality is indeed of an entry-level chassis. The aluminum panels are thinner compared to the other more expensive RAVEN cases like the RVZ01 I also reviewed. Even the non-replaceable PCIe slot shields tell you it is a ‘budget case’. Hence, nothing about the chassis is sub-par or flawed. Vacuum forming is a common manufacturing process on plastic parts which is observed to be excellent in Silverstone cases, can’t find excess plastic on places where the molds meet. The huge hole at the rear of the chassis is irresistible to be used as a handle, Silverstone could have used a tougher material and placed four screws instead of two and just made it into a handle.

Functionality. This mid-tower chassis is definitely on the shorter end. An ATX motherboard fits exactly on the tray with no excess space. There’s a lot of length limitations on this chassis and is certainly more challenging to build with compared to typical cases but this is not because of the 9o-degree motherboard orientation, its simply due to the tight space inside the chassis. Hence, we have successfully shown that the Silverstone RVX01 can cater both air cooling and water cooling options for CPU cooling. It was also able to handle a long graphics card like the Gigabyte GTX 770 OC which is 28cm long. Also, the 90-degree motherboard layout of the Silverstone RVX01 has some unique advantages including the efficient airflow of the case wherein the three 120mm Air Penetrator fans at the bottom pushes cold air upwards which goes to the natural law of physics wherein hot air naturally goes upward. This orientation also removes the problem with lengthy graphics cards wherein it sags due to the weight.

Bundle. Silverstone is quite generous with their bundling on the RVX01 wherein they included three 120mm Air Perpetrator fans pre-installed at the bottom which is enough for the system’s cooling without adding another fan.

Value. This budget RAVEN case is indeed for the budget-conscious builder. Hence, I’m satisfied with the budget rendition of the RAVEN series, it still does have the RAVEN aesthetics. Using LED lighted Air Penetrators would be nice but that would likely bump up the price a notch higher so I guess this is just enough.

Overall, the Silverstone RVX01 is a good case option for builders on a budget and still looking for that RAVEN looks. Compared to typical cases around this price range, the RVX01 sure offers something different to the eyes with its 90-degree motherboard layout and having its window on the right side of the case. I also like that the secondary color on the case is plenty enough to add good contrasting colors, having it on top and on the bottom of the case. It looks good and unique, a good entry-level case.

We give the Tecware Alpha our B2G Silver Award! 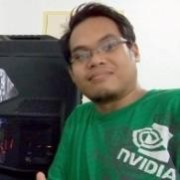