Like many MMORPGs, the game lets players choose from various job classes. World of Dragon Nest features the classics like the Archer, Cleric, Sorcerers, Warriors and the Slayer. In a new update, the game is now reintroducing the Academic class.

Those coming from the original game will be quite familiar to the Academic so let’s dive right and check out what’s new for the Academic class in World of Dragon Nest.

The Academic is a range-class character and a varied play style making it ideal for both support and attacking roles for parties.

The Academic debuted late this February and comes in with some of the game’s new updates. The game describes the Academic as a genius child from the future carrying with him weapon of his time. The Academic’s lore is one of which he/she must regain his memory to find out what his/her actual mission in the current timeline of WoD.

The academic’s personal weapon of choice. Featuring unlimited ammo, the immense range bests the Archer’s and provides excellent range advantage when providing supporting fire from behind your party. The cannon has particularly decent damage for a range weapon, with the reload time its main drawback as its rate of fire is lower.

The Kaballah is the other futuristic weapon of the Academic. Basically and Alchemy gun capable of firing elemental energy, the Kabbalah can be used to inflict status ailments to targets.

The Academic can summon a giant robot into battle providing large AOE damage and an autonomous damage dealer with its Whirlwind. and beam attacks. Its fully automated so there’s not much control on how the robot will behave so there’s really no need to think about how to use this skill.

The Academic places a turret piloted by psychotic ducks. Placement is key with this skill, allowing decent crowd control options by targeting frontal enemies. This skill is best when developed quickly to increase its potential.

The Academic’s use of status ailments makes it an ideal character for those that want to mess around with their enemies or inflict further damage with complimenting attacks. Supporting skills also allow heals and buffs to be provided to the team by the Academic. Being a ranged character, its also easier to switch from damage dealer to support roles when you’re out of the way of the enemies.

For those new to World of Dragon Nest, the Academic feels like a gunner in other genres. Boasting ranged skills and decent damage, there’s plenty of utility for such a character if you enjoy DPS or support roles. Arguably an easier and much more accessible character than the Archer and Sorceress class, the Academic borrows a bit of both classes and mixes it up nicely in its own unique way.

Those who are deep into the game by now but have missed the chance of going balls deep into the Academic before may do so now and with the game providing to choose either gender makes it a little bit more rewarding. The Academic constume is a nice callback to a young engineer and certainly more futuristic than the in-game lore’s current clothing style.

The Academic is available now in World of Dragon Nest. Get in the game now via http://bit.ly/WOD_DL. Available for iOS and Android.

To celebrate the release of the Academic class in World of Dragon Nest, NEXON gave us 200 gift codes to our readers that you can redeem below.

Opening the box will give players any of the following item in random:

The code available adding on Android device only.

For those who use iOS device can use the code by following instructions. 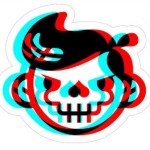 How to Make Money for Your New Venture during Covid-19?

Let's explore what ways you can make money.

We're getting some new requests for a 20K Php budget build, so we put together a quick spec list to help you mix and...

A Beginners Guide on How to Play Poker Online

In this article, you will learn the basics of how to play poker.

Do not misunderstand that this game is entirely dependent on your luck that part of the win may worry your skills affect the results.