Resident Evil 6 (Biohazard 6 in Japan), Capcomâ€™s biggest survival-horror title has hit the stores once again. And for the nth time, it received a lot of mix reviews. I, for one will call it mediocre.

My first biggest beef with this game is that it turned out to be an action game, completely going out of it’s origins as a ‘survival horrorâ€™ game. Itâ€™s like an aspiring action movie directed by Michael Bay (explosions, explosions everywhere) on game consoles. Prior to the game release, developers said that this game will be somewhat comparable to its predecessors namely RE 1, 2 and 3. I doubted. And I was right to do so. There’s nothing new to us because the change of phase happened in RE 4 and 5. For the record, omit the words survival and horror because itâ€™s nothing like that.

Itâ€™s a typical third-person shooter that lacks any unique gameplay additions. Who wants to wait for his/her partner just to open a damn door? Ainâ€™t nobody got time for that! At some point, the camera angle will suddenly change its view ruining your control and aim. This is apparent (and annoying) in QTEs, especially during the chase scenes. I’d often find myself confused on where to go when the camera angle shifts. Whenever that happens, I already expect the words â€œYou are dead!â€ displayed on my screen.

Another thing to rant about is thereâ€™s no decent boss fight! All the major bosses are too easy to beat (not that Iâ€™m bragging). Shoot that glowing mutated orb and wait for it to grow, rinse and repeat and you have a dead boss. Whenever you’re fighting a boss, you don’t want an easy â€˜one-two-threeâ€™ fight (they are boss battles so it’s expected to be at least rough). By the way, when it comes to boss fight donâ€™t expect your partner to be of any help to you. You will do all the pwning, and thatâ€™s probably a good thing right? Right?

I’ll be flat out honest here, Capcom ruined the boss fights straight up. Thanks for that, Capcom.

Typical to Resident Evil titles, there are puzzle solving moments as you progress. However, the level of difficulty of the puzzles won’t have you scratching your head and go online. The puzzles are mainly aboutÂ  going to point x to point y and figuring that â€˜blah blahâ€™ and go for to the next. Sadly, the puzzles in RE6 made me miss the puzzles of the previous titles. 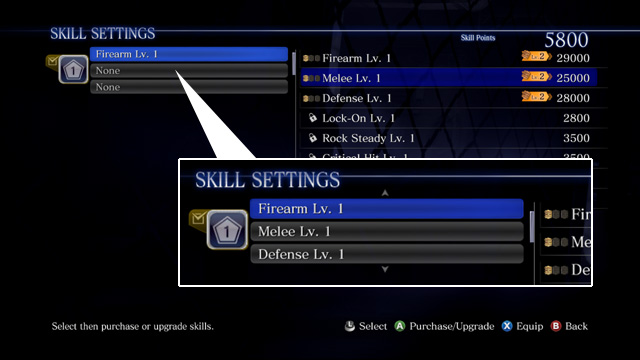 My other beef with the game is the skill point system. Players can only equip and buy skills once they quit-save or finished an entire chapter. Skill points are gained by killing opponents and harder opponents mean more amount of SP. The problem with this is when players have enough skill points to buy a certain skill, (that they can use to kill mobs, protect themselves against opponent) they should quit-save first and return to the chapter all over again and itâ€™s a huge waste of time.

Considering all these negative feedback, there are still good points to look at. Into the positive side!

One of the major improvements of this game is its AI. Your partner is not as dumb as the one you play with in RE5 (sheva). Campaigns are much smoother to play with the new AI. When youâ€™re struggling on the ground, the AI will rush towards your location and help you to get up. There are parts when you need to go separate ways to progress in game. This is the part where youâ€™ll notice the vast improvements of AIs. Theyâ€™ll push graves and pull switches for you to reunite with them. I must say thatÂ at leastCapcom did a good job with this one.

The improved graphics of each cut-scenes is also a plus. More detailed facial hairs made it more realistic; giving players that â€˜action movieâ€™ feels while watching, however I still say that there are still far too many explosions than I’d like. The tips displayed on the loading screens are quite helpful too. It includes the basic controls, dodging, counters and the aiming system. The controls are much more intuitive now.Â  In fact, the â€˜quickshotâ€™ feature is one of my favorite. It gives the player to â€˜shoot-stunâ€™ nearby opponents in exchange of one stamina bar. And when a zombie gets stunned, itâ€™s easy to aim for its head; making for a quick kill.Â  Every character has their own unique moves when it comes to countering and quickshots so at least there’s variety in what you see as you progress.

The in-game UI is also neat. Every campaign has its own unique UI designs. I love how they changed it into â€˜Realtime UIâ€™. Realtime, because accessing through your items/weapons will not completely pause the game. Mutated freaks can attack you while youâ€™re combining herbs and stuff making it more challenging.

In the campaign improvement department, RE6 nailed it. The variety each campaign provides gives RE6 some replayability. That â€˜cross-over’ feature is not bad at all, because it provides the proper game narrative without losing the game’s momentum.

The segregation of the campaign is as follows:

The game also features 2 additional gameplay modes. The classic mercenaries, where players need to beat the crap out of all the zombies in different levels within a period of time. Upgrades and skills are available for those hustlers out there. Co-op mode is also available offline and online. And thereâ€™s this new multiplayer mode, the Agent Hunt. While playing Agent Hunt, players will take the role of Zombies or Jâ€™avo. This will let you hunt other players online inside their campaign.

To wrap things up, this game will never be a perfect 10 for me. Since Shinji Mikami left Capcom, things are getting a bit blurry with RE games. There will always be that seem to pop out of anywhere and reeked of almost-game breaking bugs. But letâ€™s just leave it to that. Letâ€™s be a realist here, itâ€™s not as good as we expected it to be, and not as bad as everyone stated it to be. As I said, mediocre. 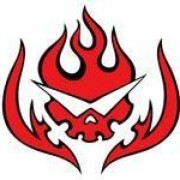