Another year comes to a close and many piece of technology have come and went to our test bench here in Back2Gaming and before we say goodbye to year 2014, let us honor the ones that have stood apart from the competition. Be it a budget-friendly product that offer so much more or a high-end product that combines power, finesse and style, we look back at those that took it to the next level. Here are our choice of Back2Gaming’s Gear of the Year.

Its a tough call on choosing the best out of all the gear we’ve gone over the year here in B2G and its tougher listing out our top picks for each category we have here in the site but its an enjoyable experience looking back at all the things we’ve reviewed in the past months. We won’t be doing this by categories and pit our picks head to head against each other weighing in our choices and how they stand out from the rest. All our nominees are already a winner in their own respects but we have to choose only one.

From motherboards to hard drives, there can only be one and without further ado here are our nominees for theÂ B2G Gear of the Year:

And theÂ B2G Gear of the YearÂ is… 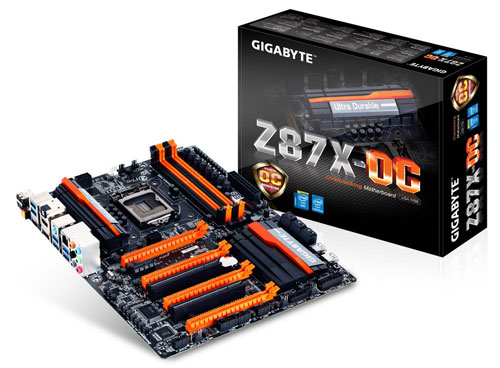 The GIGABYTE Z87X-OC was the odd child when most of the Z87 overclocking boards came out. Where others packed more weight by adding larger VRMs, slapping denser PCBs, and other such inclusions, GIGABYTE went full 180* and put-out the Z87X-OC: coming off the 32-phase Z77X-UP7 of the previous generation, the Z87X-OC was a surprising release.

The board exudes pure GIGABYTE: matte black PCB that screams quality, a simple design with no grandiose heatsink flare, a good overall board layout but what really makes the board take off is the rich assortment of overclocking tools at your disposal. Voltage checkpoints, internal USB headers, overclocking buttons, on-the-fly profile saving, an included expansion slot bracket, everything is there. But the most important asset of the GIGABYTE Z87X-OC is its price.

In a unique move from GIGABYTE, the Z87X-OC retailed as the lowest-priced “OC” oriented product in the market. The Z77 generation saw the advent of ASRock’s OC Formula and MSI’s Mpower products, both of which hit the market at the same price as the Z87X-OC but didn’t offer as much features as our Gear of the Year winner. Entering the Z87 era, both MSI and ASRock have stepped their costs yet still pale in comparison to the rich assortment of tools the Z87X-OC has.

There is no amplified audio, no special coating, no light-up PCB, no magical fairy, etc. on the Z87X-OC. GIGABYTE has stripped it of any presentation gimmick and created a tool for overclockers. Something that would be a staple in many noteworthy record attempts and in the hands of a master, break world records. The product’s slogan says it all: “Clock higher” and its designed to do just that.

GIGABYTE has done something most motherboard manufacturers have forgotten and that is to focus on a single niche and not confuse their consumers. The GIGABYTE Z87X-OC is an overclocking motherboard dedicated for overclocking yet it will still serve as a viable choice for a daily motherboard due to its great value.

The GIGABYTE Z87X-OC reminds us what is missing in the motherboard industry and that is the clear distinction between gamers and overclockers. The Z87X-OCÂ is a good reminder that not everything that has a golden price tag is the cream of the crop. Upsetting the balance of today’s norm, a packed feature set and a price tag that’s within reach, the Z87X-OC from GIGABYTE is Back2Gaming’s Gear of the Year for 2013. 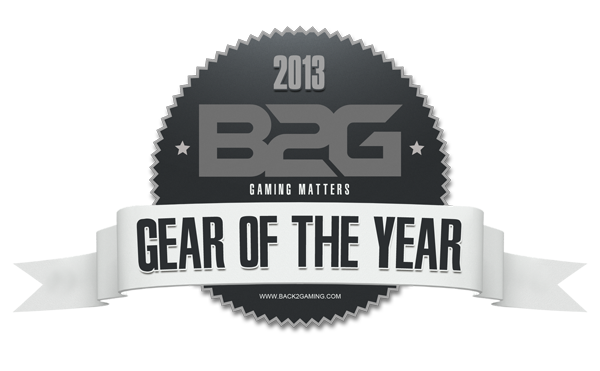 In this article:featured, hardware, review

Get the most out of your SSD with this simple steps.

Become a hardware specialist with ASUS' ROG Specialist program. Read on for more details and how to register!

With the direction motherboard vendors are going these days, performance has been set aside in favor of looks and features and the decreasing number...