It’s July 27th. There’s this little independently-produced game called Starcraft II: Wings of Liberty that’s coming out (or actually, IS out) today. So, will you be rushing to stores to get it, or are you going to take your sweet time before you do? Either way, it’s inevitable that everyone’s gonna have the game one way or another.

On a slightly related note, I have this gut feeling that a lot of Korean ESL students, or at least the ones that play SC, won’t be showing up for class later. Well that, and there’s also my prediction that South Korea’s overall productivity is going to grind to a halt for the foreseeable future. I’m not really one to reinforce stereotypes, but Starcraft is A REALLY BIG DEAL there.

Oh, here’s a little historical tidbit: July 27 also happens to be the day the Korean War ended. It was July 27, 1953, to be exact. The United States, People’s Republic of China, North Korea, and South Korea came to an armistice. Syngman Rhee, president of South Korea at the time, refused to sign the agreement, but pledged to uphold the ceasefire. To this day, North and South Korea are still in a state of war, the armistice agreement was there simply to end open hostilities between the two halves of the Korean Peninsula. 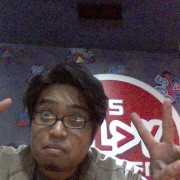 In a really weird turn of events, Billy landed himself a job in the radio industry and has been there ever since. You can listen to him talk about video games and make ridiculously obscure references on The Bonus Stage, Mondays to Thursdays at 9pm to 12mn and Saturday mornings at 6 to 9am on 99.5 PlayFM.