Reports are coming out that its possible to unlock some AMD Radeon RX 480 4GB cards into having 8GB models. In an article by MyCE, a user at Tweakers.net reportedly confirms that the onboard memory chips on his RX 480 are a total of 8GB but is disabled via BIOS to report only 4GB.

In a previous Reddit AMA, an AMD rep has mentioned that reviewers have had access to a tool that can flash the RX 480 BIOS to enable and disable the full 8GB video memory to test allow testing between both variants.

Those that want this tool are out of luck though unless you can get a reviewer to leak it to you. Also, its important to note that it is uncertain if there are actual models out there being sold with 8GB memory on board but with only a disabled BIOS locking the 4GB to be sold as a 4GB RX 480.

This reminiscent of the times that AMD has sold processors with fully-functional cores disabled like the Phenom X2 555 unlockable to Phenom X4 955 or a Phenom X4 960T to a Phenom X6 1060. 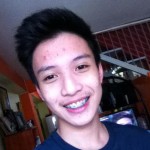 Finding the right balance of action and horror, Resident Evil Village is a memorable experience regardless of platform. We take a look at current-gen...

Dr. Lisa Su will once again headline COMPUTEX for the 3rd-year in a row with another keynote address to kickoff the event

In an investors earnings call, Dr. Lisa Su expects Radeon RX 6000 graphics card volume to increase in the coming weeks as well as...

AMD's is reporting a YoY revenue growth of 93% and a 6% higher revenue from last quarter centered mostly in the Computing and Graphics...