You, a shy transfer student, joined a junior high school table tennis club while hiding your power levels, and then suddenly the members are interested with you because your power levels are so high… they’re getting that echoing sense of adrenaline rush.

The animation’s OK for me, the soundtrack’s something I would like to grab, but the only defining moment for me is the heart-throbbing moments in the series. Before I see these, I am hooked into hwo the game plays through, sending me into a tunnel vision which makes me stop caring about the music or the animation.

Topped off with the “befriending” feel that I’ve felt on series such as Magical Girl Lyrical Nanoha and Yumiri’s cute voice, I’m placed in an episode of spiritual seizure. tl;dr, Koyori’s so cute I dieded.

The series has its share of stories on friendship; and trust – trust in oneself and trust in your teammates, though it’s really natural in sports anime. “Ping Pong Saki,” as I call it, brings cuteness overload in the world of table tennis, giving its viewers will to live further. It’s for one cour only, but if it was extended it’ll be running like Saki for real. I totally recommend you to watch this series if you are in search for Cute Girls doing ping-pong as it serves its worth.

Images posted in this review are taken from the series itself for the purpose of reviewing the series. 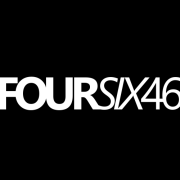